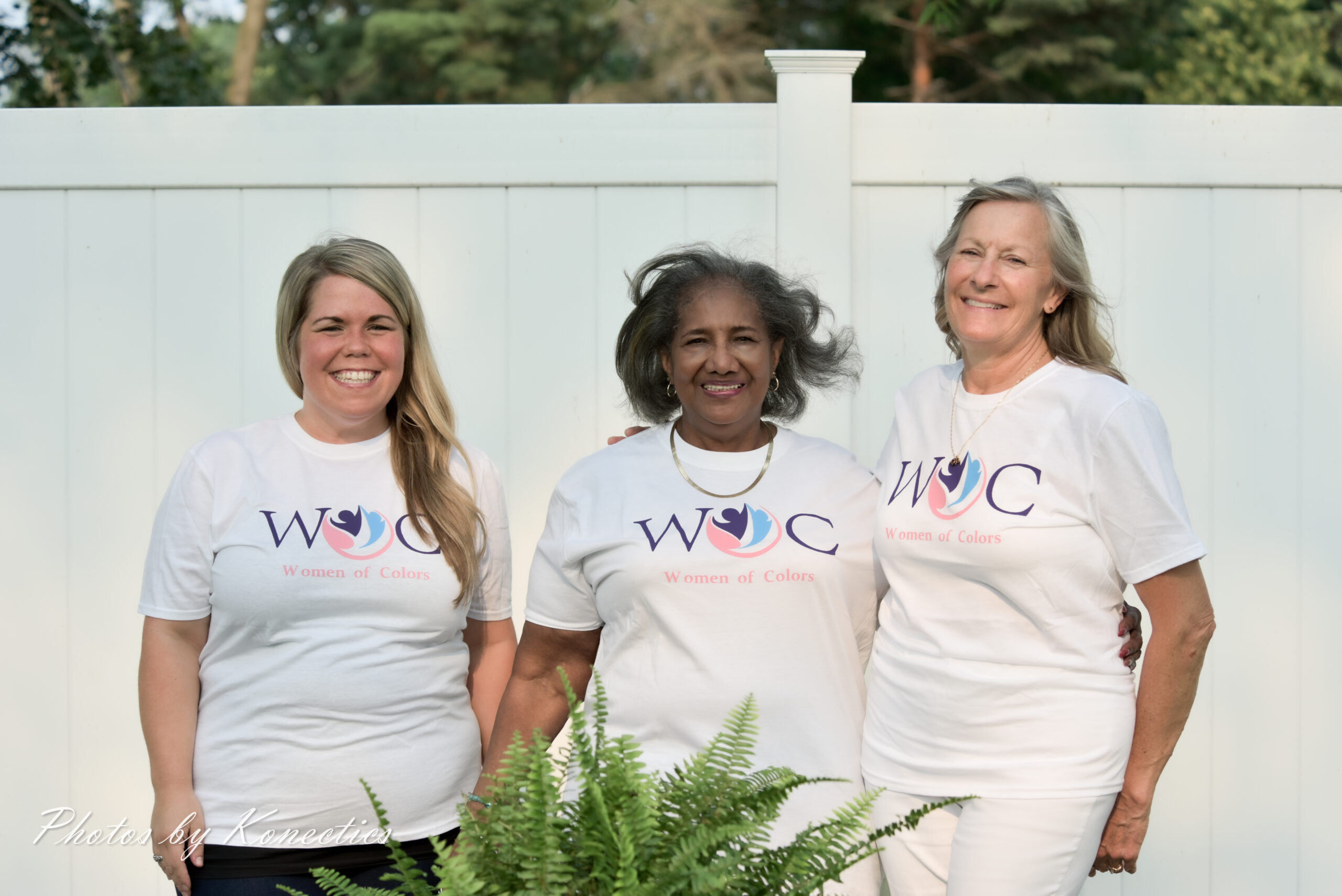 Since our organization was founded in 1993, Women of Colors (WOC) has maintained a record of outstanding service to the Saginaw community. If you have ever volunteered for WOC, thank you! In this article, we’ll celebrate the impact of WOC’s programs in the Great Lakes Bay Region so that you can see where and how your efforts have made a difference!

Twenty-eight years ago, WOC was a much smaller nonprofit that operated on the same mission and principles driving our members and volunteers today.

President and Co-Founder Evelyn McGovern recalls the range and focus of the original programming offered by WOC. “We wanted to get a diverse group of women with different ideas and backgrounds to come together to make a difference in the community,” she says. “The very first program that stands out to me is the Mothers Against Crime march.”

In the Mothers Against Crime march, WOC went into crime-infested neighborhoods to say “no” to crime and violence. “At the time, there were a lot of homicides and violence going on,” Evelyn explains. “We had the courage to walk down the middle of these streets even when the neighborhood wouldn’t come outside and march with us. We marched for them. During these marches, we also honored the victims that were murdered; for every victim that was murdered that year, we would raise a balloon in honor of that victim. It was very powerful! We held that event for about seven years.”

Among WOC’s most popular programming today, our community forums have increased our visibility and outreach to people in and beyond the Great Lakes Bay Region. These forums educate and empower both our participants and our listeners! WOC also offers a popular training program focused on substance abuse prevention: “We have a couple evidence-based programs that we teach. The program Prime for Life helps individuals, especially our young people, consider how to make better choices as adults, to avoid making high-risk choices that would cause them to be addicted to substances that would ultimately harm them. WOC also teaches life skills in the Botvin LifeSkills program.”

WOC has pivoted in powerful ways to serve the Saginaw community throughout our nearly three decades in existence, given our volunteers’ commitment to meet new or evolving needs in the Great Lakes Bay Region. However, a set of key values has remained consistent throughout WOC’s entire history as an organization: respect, trust, integrity, and diversity.

With new members and communities comes expansion! Evelyn is excited about the variety of marketing strategies WOC has used to reach more people who may be able to give back through or benefit from these programs: “We’ve been through United Way Volunteer Match. We use our website, our social media platforms, word of mouth, flyers. You name it, it seems like we’ve done it to try to reach people! We’ve even had annual meet-and-greets where we invite the community to come out, meet the members, and find out what we do to spark some interest.”

WOC has some exciting ideas for future programs and events in the works. One of our short-term goals is to partner with Families Against Narcotics to offer a support system for people impacted by an immediate family member’s substance abuse. “The partnerships that we’ve developed are just so awesome!” says Evelyn. “We have a lot of great agencies in the Saginaw community that are doing a lot of things. In the past, we haven’t always worked together, but I see more collaboration than ever before.”

As far as WOC’s long-term goals, “we want to grow and expand our organization and the services we provide outside the city limits, beyond the state, and eventually throughout the country,” says Evelyn. “WOC welcomes members of all colors, not just one color, which is a mission for any community.”